Conor McGregor has taken over the UFC fan’s attention like nobody else. Combining his fighting skills, with charisma and the funniest interviews, you know you’re in for a good show when Conor McGregor is fighting. Demand for an awesome Conor McGregor t-shirt has increased and there’s no better way to support your favourite fighter than a great t-shit that symbolizes Conor McGregor. 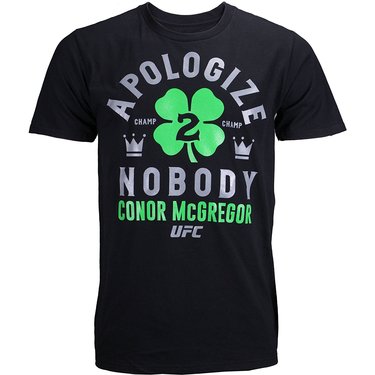 Remember the incredibly famous post-fight octagon interview Conor McGregor gave to Joe Rogan after beating Eddie Alvarez in the second round? I’m sure every true Conor fan remembers it. In case you don’t – this t-shirt should help you remember. Conor has gotten in heated situations leading up to the Eddie Alvarez fight with multiple UFC fighters such as Khabib Nurmagomedov (click here to see  interesting facts about Khabib) and Tyron Woodley. After defeating Eddie Alvarez in a spectacular fashion, Conor felt that he had to explain to everyone he has been ridiculing the fighters and wanted to apologize for his behaviour – to absolutely nobody. Nobody saw this coming and this remains our favourite Conor McGregor’s post-fight octagon interview to date. 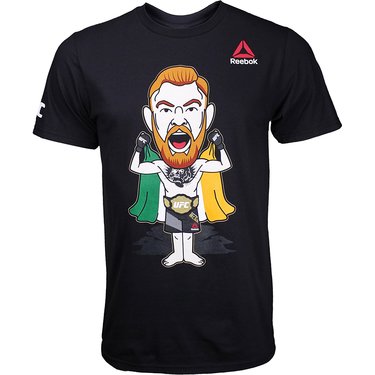 With a cartoonish look, this Conor McGregor t-shirt will appeal to any comic fan that loves UFC. Large cartoon version of Conor McGregor with a wrapped UFC belt and Irish flag being held, this is one of Reebok’s top Conor McGregor t-shirts. This is a crew neck t-shirt and is made out of 100% cotton, so it will feel soft to your skin. What we like about this t-shirt is obviously the cartoon version of the champ, but also the additional wording on the back of the t-shirt. It mentions Conor only as a featherweight champion so this was made before Conor McGregor got his second belt after beating Eddie Alvarez. Nevertheless, it’s a great t-shirt and one of our favourites. 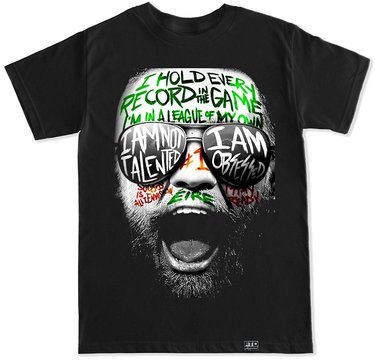 Next up on our top Conor McGregor t-shirt list is this black crew neck t-shirt with graffiti look of Conor McGregor. We’re confident that the true Conor fans will recognize his famous sayings that are on his face and sunglasses. It is a collection of his sayings in UFC conferences and interviews, so it should be easy to recognize. What we love most about this t-shirt that it is an in-your-face type, very much just like Conor McGregor himself. This Conor McGregor t-shirt rocks confidence and the graffiti is simply awesome.

Conor McGregor is known for his Irish pride. One of his most famous post-fight octagon quotes was that the Irish are not there to take part; they are there to take over. Since then, the Irish and Conor in the lead have taken over the game. This Conor McGregor t-shirt represents that Irish pride and would be worn by the fans that feel part of this Conor movement. This crew neck t-shirt only comes in black and has Conor McGregor name printed on the front along with Irish Pride writing on the sides. It also has a four leaf clover on the front (which should not be confused with shamrock). 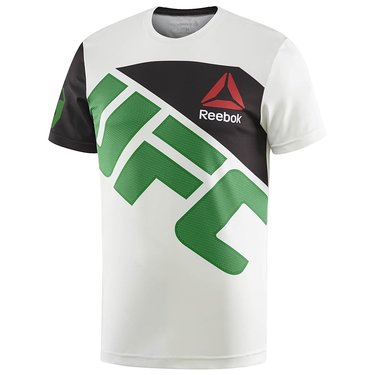 And finally we have the official UFC Conor McGregor fight jersey. You would have recognized this easily as this has been worn by Conor himself. All UFC fighters have this type of jersey and this one would be Conor’s specific one. With white/green/black colors and Conor McGregor’s name running down the back, this one is for true die hard Conor McGregor fans. This t-shirt is a slim fit t-shirt and is great for physical activities since it was designed to have that in mind. Easily recognized by UFC fans, this one is a must have for anyone to capture history.

While there are other Conor McGregor t-shirts available out there, we feel that these are our top 5 picks. If we find any better t-shirts, we will make sure update this list. While you’re thinking about the t-shirts, you might want to check our popular article where we review the potential superfight Conor McGregor vs Floyd Mayweather – what are the facts about both fighters and what would they bring to the fight once this match takes place.